So I owe a media post or two anyway, and this seems just about the perfect place for it:

My father, whose taste runs much more towards old style Edgar Rice Burroughs science fiction, introduced me to the Foundation series when I was in fifth or sixth grade. He liked it because of the inredible tiny details Asimov imagined, like atomic ballpoint pens and atomic ashtrays and so on. I mostly liked it because it dealt with an entire universe, 25 billion inhabited worlds, full of nothing but people. People and their politics.

About ten years have passed since the last time I read the novels, so I decided to start over. I’m 80% through the sixth of seven, Foundation’s Edge, and I notice a lot of things now that I didn’t notice back when I was a teenager.

First: many of Asimov’s characters seem uncomfortable around women, and all of the books show their age. They were written in the fifties (at least the core three were), and they sound like they were written in the fifties, and the whole affair is one of awkwardness in space. It is very, very cute. See especially Hari Seldon’s flight in Prelude to Foundation, which is like someone working up the courage to ask Jenny to the winter formal.

Second: In the far future, 20,000 years hence, everybody smokes.

Third: Asimov spends a lot of time knocking down religion, but he takes the really easy way out, because we know in advance that all of the religions beliefs presented by the characters are patently false. It’s like being told that the sky is blue in chapter one, and then in chapter ten meeting a religion who believes that the sky is yellow, and ridiculing the character. Not satisfying and he could have done better. Even when he demonstrated the power of religion in Foundation, his religion of science is laughed at by everyone on the foundation who know it is a means of exploiting an ignorant populace. 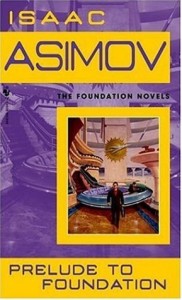 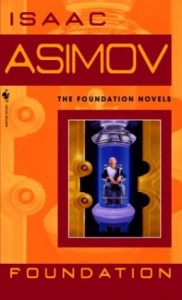 * (you know the exception, I’m not going to spoil it)

2 thoughts on “What’s this hell, what’s this pen”