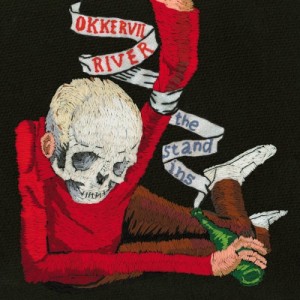 Apologies to The Amps, who dropped from 460 plays to 12. I was finally able to correct for the time I accidentally left winamp on repeat overnight and played Pacer 40 times. 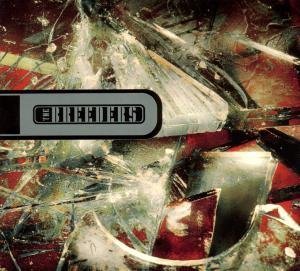 Continuing the "ex-Pixies members releasing a record in April" theme, The Breeders dropped Mountain Battles three weeks ago. If you haven't been following the Breeders (maybe you don't even remember "Cannonball"), I will recap for you here: Pod – Fantastic, but badly mastered; Last Splash – Wonderful, see esp. "Drivin' On 9"; Title TK – I almost cried.

Quick test to see if you would like the Breeders (assuming you have some real basic Pixies material): Listen to "Gigantic" and ask yourself "would I like to hear this voice singing inside my head?" If the answer is yes, you're in.

So, Mountain Battles. Title TK is a hard act to follow. It is a record-that-lives-in-my-car. Mountain Battles is not Title TK. It's a little less like having Kim Deal singing softly into your ear at night and a little more like going to see an obscure but well regarded band at one of the few venues in San Francisco that has parking figured out. It's a treat, but it won't make you shudder.

There are several songs that sound like The-Breeders-and-no-one-else-ever, and there are a few songs that explore new sounds and ideas (at least in the Kim Deal / Kelley Deal idiom, which includes the Amps and The Kelley Deal 6000 and a few others). It's well produced, in the sense that you can put the record on and let it run, with no jarring interruptions. I don't have a whole lot to say about it, but I have a generally pretty good feeling about the record. Perhaps you will like it.

"Overglazed" – the first song on Title TK was different and kind of memorable. The first song on Mountain Battles has been described as "not a song" by at least one other Breeders fan, but I enjoy it. I think it's a good lead into the record, whether or not you believe the lyric "I can feel it" constitutes a song.

"Night of Joy" – classic Breeders. If you liked anything on the first three Breeders records, you will probably like this. If this adverb even modifies this adjective, then it is even "slightly spooky."

"German Studies" – One of the harder tracks on the album, appropriately in German. But the vocals on this track are pure, pure Breeders. If you don't like this… it is possible that we can't be friends anymore. I just have so much less time for people than I used to. You have to draw your lines somewhere.

"Spark" – Could have been on Title TK and would have fit in pretty seamlessly. If this came on when I was out on the highway, it would calm me down.

"Walk It Off" – This is one of those songs where I like 90% of the song just ok, but every verse there is a run of about 5 seconds that I really, really like. I call these "Get Him Eat Him songs."

"Mountain Battles" – the title track, the last track on the record, and one of the most unusually instrumented songs on the record. But if you like Kim Deal's voice, you probably love this song. It's like she is standing behind you, singing into the back of your head.1

Rating: You should probably buy this record. I am 80% certain you should buy it.

There are two kinds of people in this world: the kind who like 4AD record covers and the kind who don't. Please use the image provided to sort yourself out.

1: Kim, I am available any time you wish to do this. 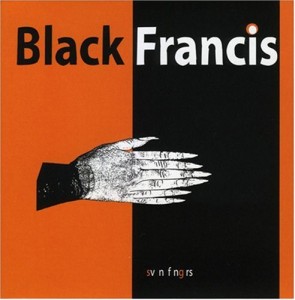 New this month from former Pixies frontman Charles Thomas is Seven Fingers… unless it's Svn Fngrs. It might be either. Also, you'll note that I didn't refer to this as a Black Francis record. It is, but at this point I'm so confused about what makes an album which… well, let's just say that it's easier to keep Stephin Merritt projects separate.

I was underwhelmed by the last record under this band name, Bluefinger, and I asked a lot of questions in that review about what made it a "Black Francis" record instead of a "Frank Black" record. I'm not going to coner that ground again. Instead, I'll just say that this record is definitely better.

"Garbage Heap," which is track 2, starts with some Pixies style instrumentation, and I guess you could even sell the verse as a Pixies song, but when you get to the chorus, we're talking about Frank Black, maybe even FB & The C's. But, as I've pointed out probably a hundred times, that's actually what I like best. So this is probably the second strongest track on the record.

"Half Man" is the shakiest entry on this list. It's about 2 and a half minutes long, and I like about 30 seconds of it enough to mention. It would have been the weakest song on, say, Dog In the Sand, but that's actually not terrible. I think anyone who doesn't like this is probably just going to say that it's boring.

"The Tale of Lonesome Fetter" took two or three listens to grow on me. The verses are weaker than the chorus, but I like this song.

"When They Come To Murder Me," the last track on the record, is probably the best of the seven songs. It's the one that should be a no brainer for Frank Black fans. If you like any of his other work since, say, 1998, you'll probably like this (I allow for the existence of a fan who liked everything through Cult of Ray but nothing since, who may not go for this one.)

So I realize that that's not the strongest review, and after you read it, you're likely to reach the conclusion that this is a record for completionists, and everyone else would be better off spending $0.99 on one song on iTunes. That's a totally justified conclusion. But I feel good about the record nonetheless.

Rating: I feel good about the record, despite some weak songs. 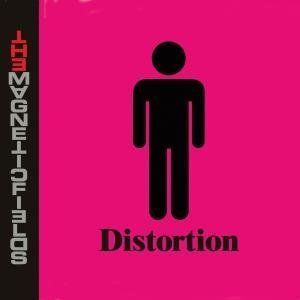 2008 Begins with a bang, as the Magnetic Fields release their latest full length album, Distortion. The sound is different, the sound is heavier, but the songs are fantastic. Sure, my friend and former lead singer Rick says he likes the record best through his living room wall, where the sound is less harsh, but he is quick to admit that the songs are great.

The other big shock for fans of recent Stephin Merritt releases is that he splits singing duties on this record, something that he did on 69 Love Songs, to be sure, but I suppose we all considered that record an exception. Otherwise, it has been a long string of Merritt-only Magnetic Fields records: i, Charm of the Highway Strip, Get Lost, Holiday. Shirley Simms does a lot of the heavy lifting on the record.

A quick run down of my favorites from the 13 song record include "California Girls," "Old Fools," "Xavier Says," "Too Drunk to Dream," "The Nun's Litany," and "Courtesans." "Zombie Boy" almost makes it, but there is one line that really makes me cringe, which I will leave as an exercise to the reader. No obvious misses here, but I don't really need "Three-Way," the instrumental first track.

Fans of the Magnetic Fields should definitely pick this up. Most people considered i a missed step, but after a couple of listens, I believe most people will also consider Distortion a fine return to form. Me, I liked a lot of the tracks on i, and I consider this another fine record.