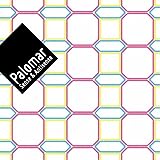 Sense & Antisense by Palomar
One of the artists I mentioned in my last post about Absolutely Kosher records was Palomar. They released a beautiful, amazing album called All Things, Forests on AK partner label Misra a few years ago, and that and Palomar III have been in heavy heavy rotation for me since I discovered them. They are, as of this writing, sitting at #13 on my last.fm top artists list, with 483 logged plays, and if you restrict that to the last year, they rise to #1. In a year where I mostly listened to podcasts at work and in my car, where I started working from home and needed my headphones much less often to drown out the noise, they are the band I have consistently continued to listen to. Early this year, they released Sense & Antisense.

It must have been a quiet release, since it took me months to find out, and clearly something has gone pear shaped with their presence on Amazon, since you won’t find it with the other Palomar records, and frankly, their web presence is dismal and infrequently updated, so I don’t have much color for you; there is a record, it’s pretty good, but it has a different feel than the other records and I don’t know why.

Palomar records in the past have been driving and upbeat1, even if the lyrical content is a little less positive than the tempo suggests, but here on Sense, things have gotten slower and more contemplative. Sure the second song on the record, “Infinitte Variation”, is a song that could have been on 2007’s All Things…, but it’s wrapped in slower tunes dripping with piano melodies, doing a lot of the heavy lifting that would have been done by clean guitar tones on earlier records.

In me, the record evokes a sort of melancholy, wistful, maybe even pleasant. Is there such a thing as taking comfort in the idea that the world is imperfect? Maybe the lyrics don’t back me up on that. For some reason Palomar isn’t a band that I listen to analytically. It’s about the music, and the very straightforward timbre of Rachel Warren’s voice, which is the antithesis of the terribly overwrought vocal performances of most women who get credit for having a voice.

I’m going to stop here, because it’s starting to sound like I don’t know whether I like the record, and that’s absolutely false. It’s a great record. It’s the kind of record I’d put on and listen to end-to-end, in a dark room, on a summer night, with the windows open. I would listen to it on a long drive, by myself. It’s the kind of thing I would put on if I were sitting down to write something that had been cooking in my mind for a while. It’s good. But it’s good in an intimate way.

1 You see the word twee sometimes in Palomar reviews. This is maybe true of Palomar II and one or two songs on Palomar III: Revenge of Palomar, but I think anyone who said that about All Things, Forests (Pitchfork called them “twee as fuck” for daring to rock out) may just be sexist. 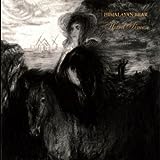 I’ve reviewed not one but two Okkervil River albums here, and at least one version of Beowulf, so maybe it shouldn’t be a surprise, but I think my favorite song released in 2011 was “Lay of the Last Survivor”, off of I Am Very Far. I am 99.9% sure that it’s telling the story of the passage of the same name from Beowulf, or at least part of the story… or really more a vignette from the point of view of the people involved.

Anyway, pending some mooted and sinister legislation, you can find it here:

“Lay of the Last Survivor” | Okkervil River | I Am Very Far”

Vox is shutting its doors on September 30th, so I have imported all of my Vox reviews onto this wordpress installation. So far everything looks good, but if you see any obvious errors, let me know.

3. The Court and Spark | “Rooster Mountain” | Bless You
Listen at last.fm

5. Hefner | “The Greedy Ugly People” | We Love The City
Listen at last.fm